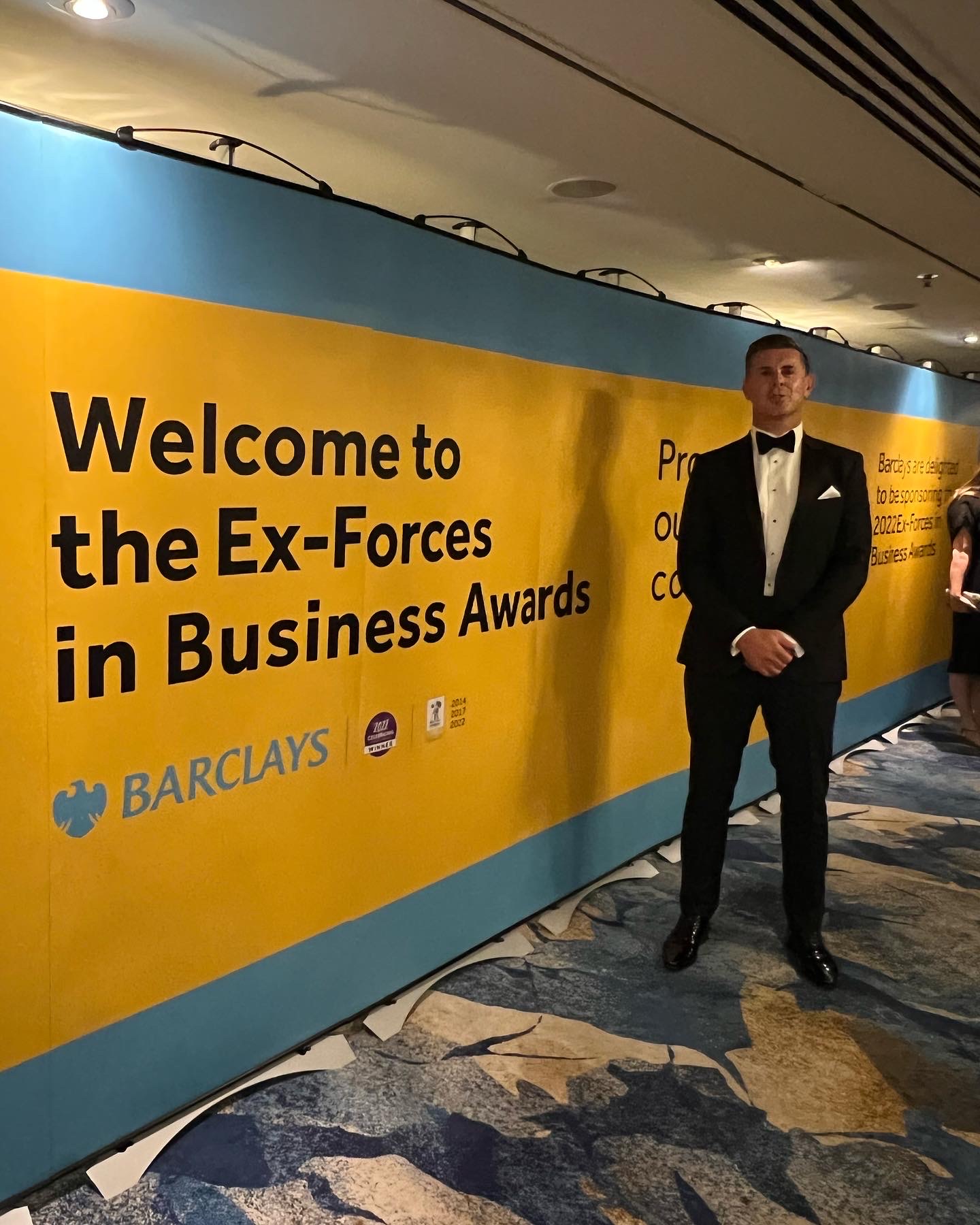 Attending the Ex-Forces in Business Awards last week was an incredible celebration. The tributes to those with military careers and forging new ones was an honour to witness, and it was an even bigger honour to have been shortlisted myself for Entrepreneur of the Year.

The British Ex-Forces in Business Awards promotes the huge value of military-gained skills and values to the UK economy. This shortlisting was particularly exciting as it came as part of a flurry of awards success for us here at Priority Digital Health.

Some notable achievements which we recently celebrated were winning Best Digital Health Data Management (Gold) for the Future Digital Awards, and being shortlisted BusinessCloud's HealthTech 50, a ranking that recognises the UK’s most innovative personal and preventative healthcare organisations.

Whilst the evening was a great recognition of those who had formed new careers from ex-military, it was also unexpectedly an evening filled with poignancy and reflection. Whilst we celebrated some of the utmost honourable and respectable figures in the Armed Forces community, we also experienced the sad news of the passing of Her Majesty the Queen. It only felt even more appropriate, therefore, that we had a chance to celebrate many of the exceptional talents of those who served her, one last time. Although it was an incredibly sombre and surreal atmosphere, it was also wonderful to pay tribute to Her Majesty with so many armed forces veterans.